We awoke in the morning, safe, despite the crazy winds and the squirrels. Thanks, Watchman.

We were up early, and so was everyone else in our campground. Eating a quick breakfast of yogurt or string cheese and granola bar by your car was the norm. No fires, no cooking, no cleanup. Getting an early start here is a good idea- the hiking trails can be strenuous, so start them before the heat of the day. And before all of day-visitors arrive in late morning/early afternoon.

Our first stop of the day was Weeping Rock and Hidden Canyon. Weeping Rock is a short trail up to a hanging garden—depending on when you visit, there could be streams of water running down the rock walls or just little drips. This is also an excellent viewpoint of all the mountains around, most of which have biblical names, having been named by Mormon travelers and settlers in the late 19th/early20th centuries. 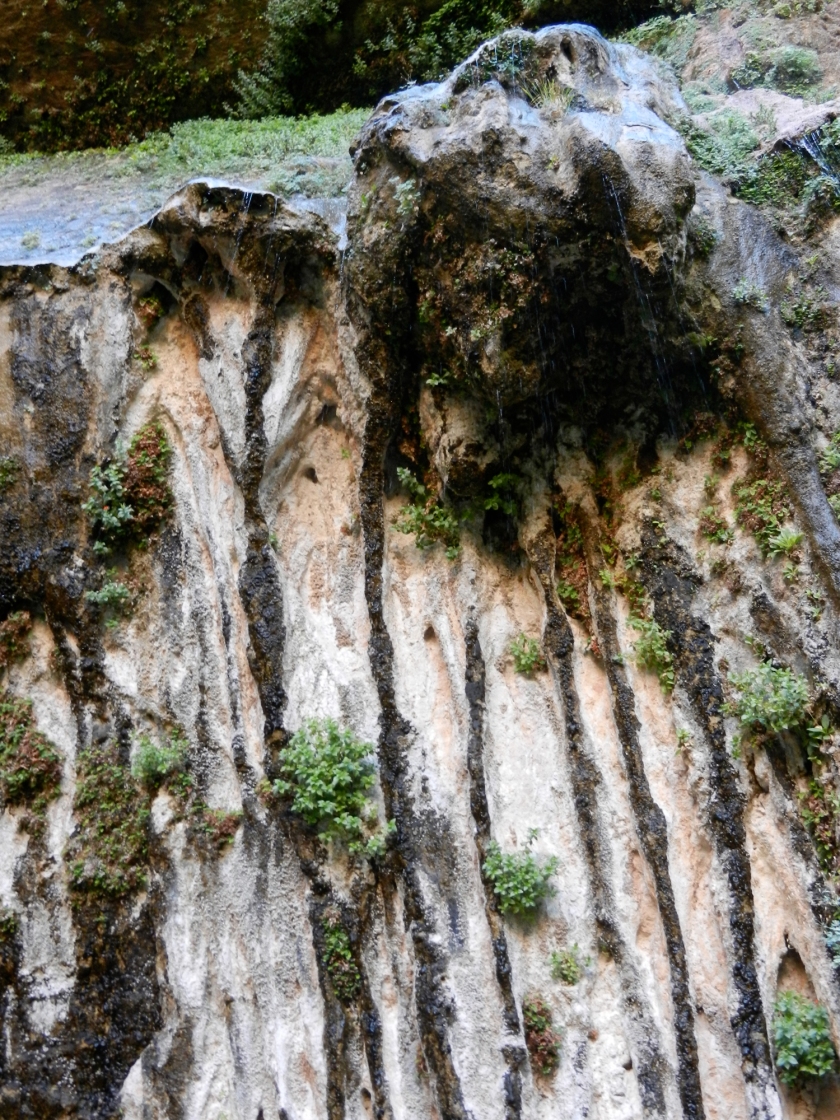 The Hidden Canyon Trail starts at the same place the Weeping Rock trail does, but it requires much more effort. This hike is switchbacks up the side of hill, then weaving narrow path in between rocks and canyons and cliffs and drop-offs to Hidden Canyon, and continuing on through the canyon. Hidden Canyon Trail can be considered a warm-up to Angel’s Landing trail—a high-intensity, high up, highly difficult hike that people come to this park specifically to start. (Not everyone actually makes it to the top.) If you can’t handle the chain-assisted parts along the vertical rock cliffs of the Hidden Canyon Trail, you shouldn’t try Angel’s Landing. 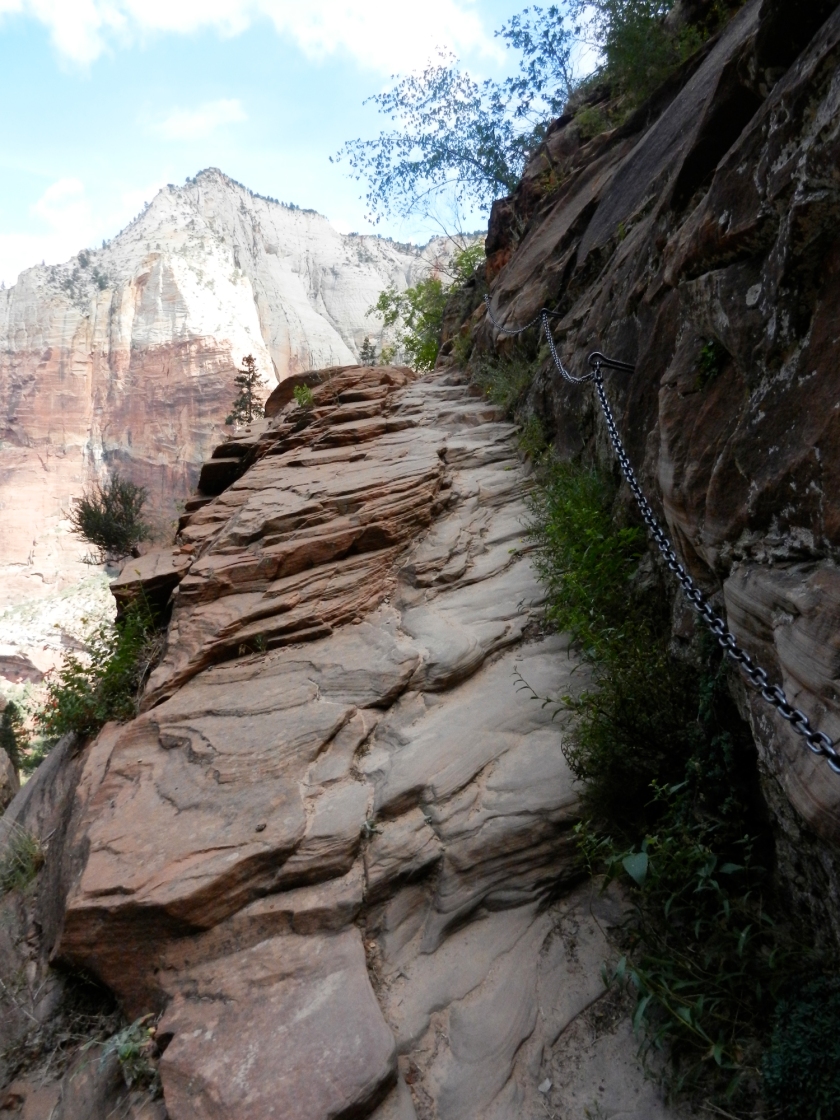 I found this to be exhilarating. Marie did not.

After the morning activities Marie and I headed into the town to eat a lunch that we didn’t have to cook and to pick up more ice. Ice is a constant need in these parts. And again, this was September. I am glad we did not plan to go to these parks in July.

The afternoon activity was a hike up to the Emerald Pools, a popular and fairly easy hike that starts at the main lodge, so there are always a lot of people on the trail. One of the interesting things to observe in the Parks: the variety of tourists. At this time there were a LOT of German/Swiss/Scandinavian visitors well equipped with technical gear and good worn-in hiking boots. Then there are the women on the trails in their haute couture. One of the latter we saw at varying times on the shuttle bus that day, wearing different outfits each time. To this I say, everyone has their own way of travel. But, heeled sandals on hiking trails is not the best idea.

The hike to the pools was delightful, the pools themselves are very low on water at this time of year though. Most visitors stop at the pools and head back to the lodge, but the trail does continue on further—we continued on. 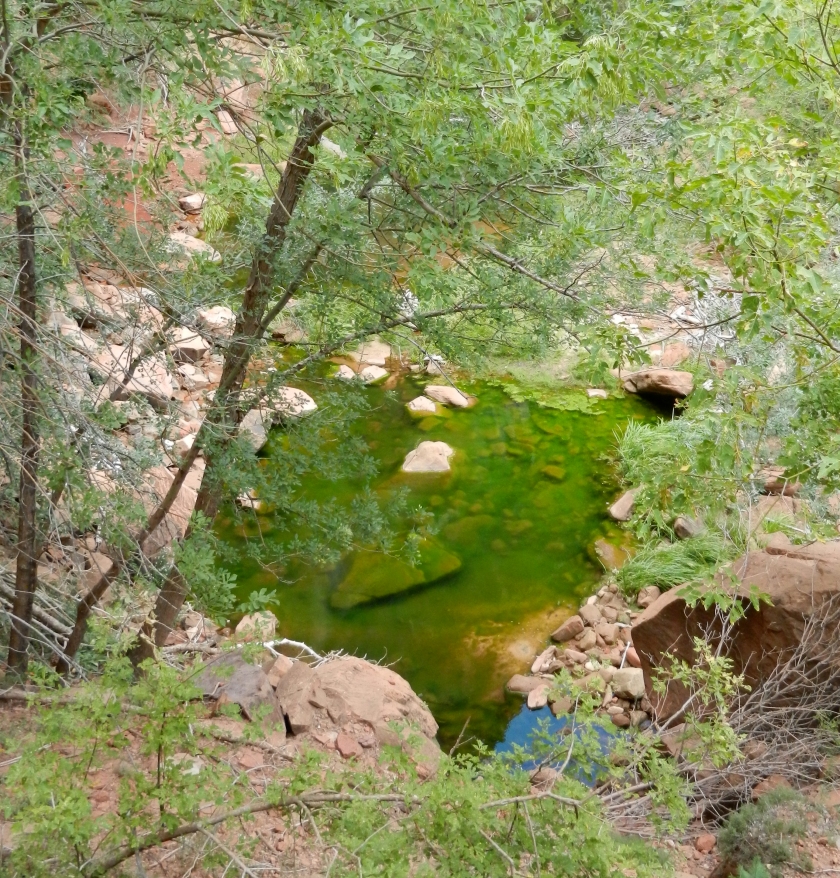 It was late afternoon, and as we discovered, prime time for tarantulas to hang out on rocks in the sun. Now, I knew this was tarantula territory but had not seen any yet. And CERTAINLY never left my shoes or bags outside unattended at any point. But, there we were, wandering along & enjoying the colors of the rock walls changing in the sunlight around us, when we saw a couple people ahead of us staring at a rock. I asked what was there, they responded “a tarantula!” We’ve already established that spiders on road trips aren’t too welcome. Just at the sound of the word tarantula I recoiled and immediately took three steps back. But, after the initial shock, I managed to get a closer look. It turns out tarantulas in their natural habitat are not nearly as creepy as they are in your home. Or shoe. They’re just out trying to enjoy the afternoon sun on the rocks, like we were.

Where this trail stops, the Angel’s Landing trail begins. We walked up a bit of it (the easy part) and looked. Late afternoon is not the best time to start this hike as it take a few hours, so I vowed to come back another time and try it out. 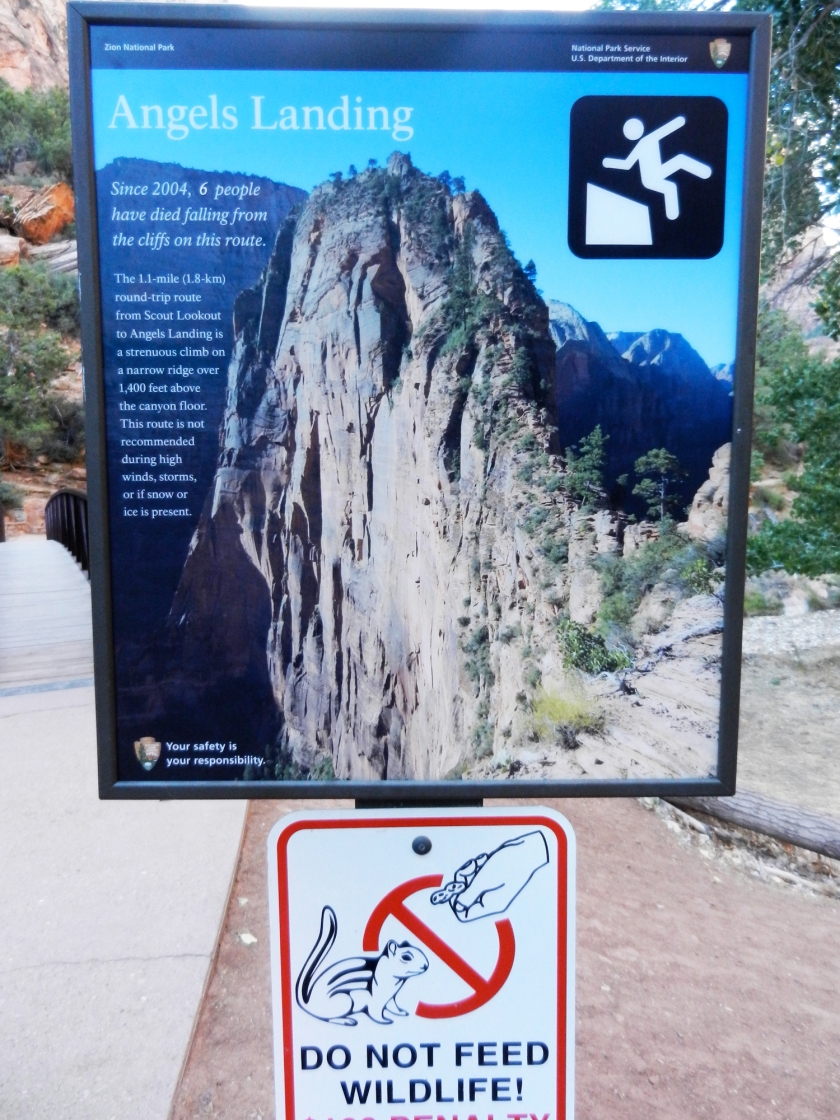 Instead, we walked up the Riverwalk trail, an easy path the leads to the start of another quintessential Zion hike, the Narrows. Where you walk up a river in ankle-deep to chest-deep water. You need gear for that one. So, when I come back for Angel’s Landing, the next day I’ll have to find the right gear and walk up the Narrows. Proving again that to experience a park properly, you really need more than a day or a day and a half.

We hung out for a while, waded in the river, watched the colors change on the canyon walls as the sun crept lower, and witnessed mostly unsupervised kids writing on rocks with other rocks. Marie told the unobservant mom that this was illegal in parks and they could get kicked out (true! Keep our parks nice, people! Respect and protect them!) Walking back to the shuttle stop, the evening wildlife started scampering around. Back at the campground we actually relaxed, pulled out the little grill, made dinner, and drank some wine. The wine depressed the rising fear of what the vicious Zion squirrels may try overnight, so we climbed into the tent and slept peacefully. 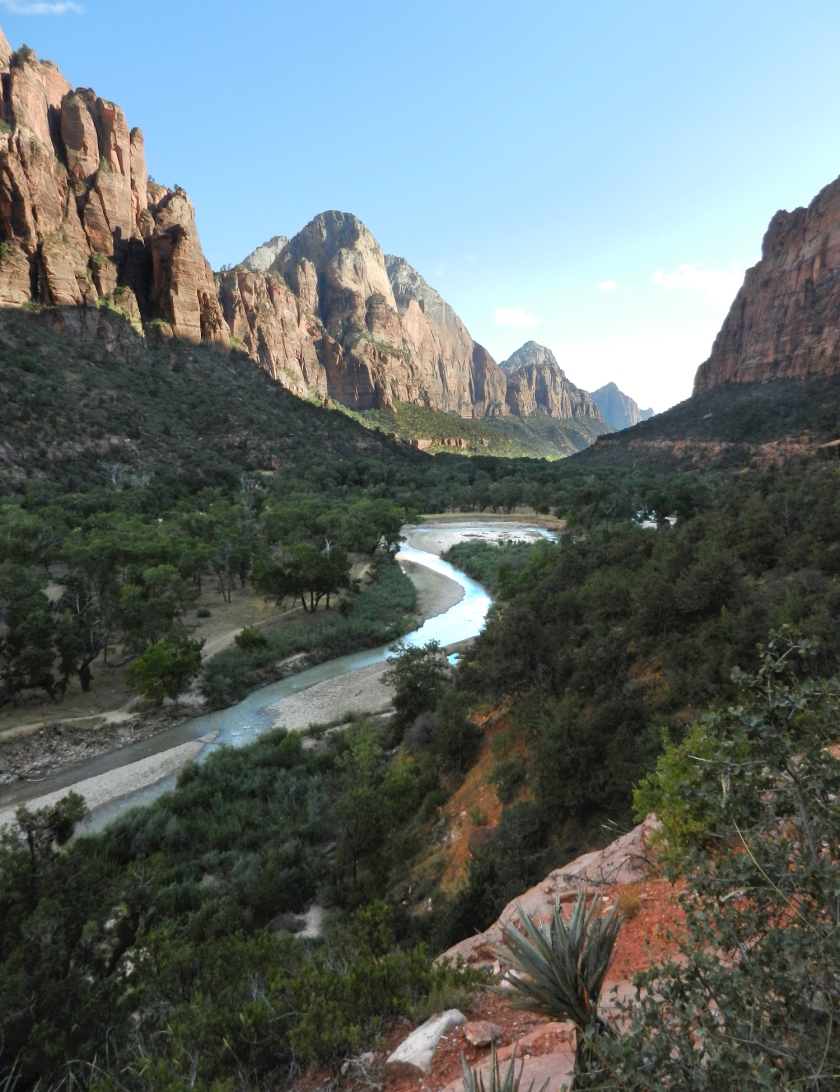 Next up, through the historic tunnel of Zion and on to Bryce Canyon.